I was born and raised in Britain but my parents are from Ghana. They moved to the UK when they were young adults and actually first met each other in London. Even though I am British, there were elements of my childhood that were different to my English friends growing up.

Below I’ve written 15 things that you may know if you grew up with another culture in Britain, with the help of my friends who have shared some of their experiences with me.

1) Calling elders Auntie & Uncle
You call adults auntie or uncle, even if you aren’t related to them, out of respect. This is something I found similar across Asian, African and Caribbean households when discussing this with my friends.

“I always met people that weren’t family and would have to refer to them as auntie or uncle. Calling an adult by their name was DEATH ON DEMAND!” – Michelle (Zimbabwean heritage)

“The way you talk to elders and greet people is different too. You don’t just say ‘hi’. You say ‘good morning’ or ‘good evening’.” – Tennille (St Vincentian heritage)

“We would have rice with everything. My friends would think it’s weird having it for breakfast, lunch and dinner.” – Ynah (Filipino heritage)

When you go to school and share what you had for dinner last night and everyone had pasta or shepherd’s pie. But, you’re there like “I had jollof rice” or “fufu with palm nut soup” and everyone looks at you like “????”

I do love that my parents have allowed me to enjoy food from our culture. I personally prefer it a lot more than English food and my friends also said they preferred their family culture’s food.

3) Hearing your parents’ fresh accent mysteriously disappear when they’re making an important phone call
When they’re telling you off their accent is really strong but as soon as they’re speaking to their bank on the phone or your teachers at parents evening they suddenly adopt a prestige voice and you wonder where your real parents disappeared off to.

4) Pronouncing things weirdly because of your parents’ accent
There were quite a few words I used to pronounce strangely because of my mum’s accent such as, ‘sachet’, ‘paracetamol’ and ‘worry’.

But, I would learn that I had been pronouncing words incorrectly either from hearing other people using the correct pronunciation, or by having people point out or laugh at me saying a word weirdly. Thanks Mum.

“I used to pronounce certain words wrong because of my mum.” – Ynah

And if you grew up hearing your parents’ native language as well as English, you may have experienced mixing words up too.

For instance, telling my friend in primary school to pass my “kyalewotes” (flip flops) and having her staring at me weirdly like I was speaking another language (which I was but at the time I thought it was English because that was the only word I used to call flip flops).

Your parents view education as a top priority for you, maybe because they didn’t have the same opportunities as we do in this country. They want us to take your studies seriously and succeed.

“There’s a high pressure in education having Asian parents. When I didn’t get an A* I would cry.” – Ynah

If you came home with bad grades, you’d have to say goodbye to things that you love, whether that be socialising with friends, TV or video games until you focus and improve in your work. And if you moved to the UK as a child, you might have had the “sent back” threat.

“They said to not date and focus on your studies or you’ll be sent back.” – Kristine (Filipino heritage)

“My mum would threaten to send me back to the rice fields.” – Ynah

5) Having to beg your parents to go to a sleepover

“My mum would always say, ‘why would you want to go to someone’s house to sleep, don’t you have a bed of your own?’ I was never allowed until I reached the point of crying to her saying but all my friends are going.” – Jillian (Filipino heritage)

“They didn’t understand why I would sleep in a stranger’s house instead of my own.” – Michelle

6) What parents say is law 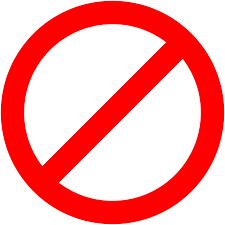 When a primary school friend asked me to come out and play somewhere away from my road and my mum said no, they would always ask me “why” and I would have no reason to give them apart from “my mum said no”.

“British kids could go out and play as much as they wanted. I couldn’t stay out too late or go to parties often. If I did, I had to be back at a specific time.” – Emmaculate

Misbehaving is a NO.

“In our culture back home if you did something bad, you’re gonna get beats. No time out, learnt straight away from the slaps lol, no time for messing around. It forced me to realise what I had done was wrong.” – Jordan (St Lucian & Trinidadian heritage)

Talking back is a NO.

“My dad told us that children should be very respectful to older people.” – Danyaal (Pakistani heritage)

I personally didn’t get hit by my parents but the African death stare from my mum was enough to stop me from even thinking of doing anything naughty lol.

7) Traditions and customs
“My British friends don’t really understand why we have house slippers and have to take off shoes when you enter the house.” – Jillian

Taking food from someone or offering food to someone with your left hand was a crime in our household because it’s seen as rude in my parents’ culture.

8) Always being reminded of where you come from

“Being reminded of where you are from and what that means. My mum would always remind me that I am black and Caribbean and would have to work twice as hard as the people here.” – Tennille

Growing up my parents would always remind us that we won’t have it easy in this country and that we’d have to work twice as hard as our peers, especially when working in the media or creative industry. My dad would encourage me to go into science because it would be easier for me to get work and he didn’t want me to struggle like he did.

“My mum would say ‘this is not your country’ or ‘you are not these English people’. Growing up in this country is weird because your parents expect you to be like an African child.” – Emmaculate

“Every time you do anything bad they’d say I’m ‘turning into a white girl’ haha.” – Ynah

My mum would complain that I was copying the kids on the TV shows I would watch, like how they would talk back to parents or adults with an attitude.

“What I found was trying to keep my heritage alive as well as fit in with the UK culture around me, which was really hard growing up when you just wanna fit in with your English friends. But as you get older it’s much easier to embrace who you are and where you come from, especially somewhere like Burgess Hill (small town in Sussex) where people aren’t exposed to many different cultures and find foreign things really weird lol. Growing up, that’s a stress for you but it becomes a valuable thing in your life later on.” – Joshna (Indian heritage)

I also struggled with this issue and I think anyone who grew up in a place where there weren’t many people like them may be able to relate to this. But there was also the problem of not knowing where you actually fit in.

Even though I was born and raised in Britain, I never felt ‘fully British’ because I grew up a bit differently to my friends and classmates and couldn’t relate to some things. I didn’t know what crumpets were until a few years ago, I never had an advent calendar and I don’t know the tune or lyrics to ‘Mr Brightside’. But, I also didn’t feel fully Ghanaian either. Until this year I had only been to Ghana once when I was five, I lost the ability to speak one of the languages (Twi) when I moved out of London and I generally didn’t know as much about the country as my parents did.

“Indian people often say I’m too westernised while white people don’t accept me because I’m desi or whatever, just natural things I guess. But then you also get the best of both worlds.” – Joshna

“No interaction with boys otherwise you’d get pregnant.” – Michelle

“Not allowed to date till you graduate. When I got a boyfriend at 16 I had my phone and laptop taken away from me for a year.” – Ynah

“Who were boys? Loooool” – Emmaculate

11) The power of natural ingredients
“Multani mitti, besan, African black soap. All these beauty and health products are good for you and no one knows them here in the western world.” – Joshna

A hot soup my mum would prepare with God knows how many scotch bonnet chilli peppers dashed in there would clear up my sore throat faster than any other medicine.

My dad would always buy a phone card so we could call our relatives in Ghana. However, my parents don’t do this as much now that there’s WhatsApp and social media, but they still buy one to contact the much older family members that don’t use WhatsApp.

13) Big rewards for doing well in exams?
I had to tell my parents about kids getting rewards for exam grades before they knew it was a thing.

“When some kids get rewarded for getting even lower than an A, we get asked why we didn’t get an A/A*. I always heard of kids getting £100 for getting a C.” – Kristine

14) Enjoying the best of both worlds

Being able to enjoy food, music and activities from the western world as well as your family’s culture so you’ve been exposed to range of things. This is something I greatly appreciate.

“My mum would play music from home and cook traditional food alongside English food.” – Jordan

“My dad had us go to Islamic classes when we were young to fulfil Pakistani culture in us British born kids. But it was also fun in primary school singing Christmas carols and doing Christmas activities as well as learning about British occasions such as Halloween and Easter.” – Danyaal

“You can embrace your roots whenever e.g. going to Indian events, weddings and dances while also going out with your English friends and drinking and being sociable in that aspect.” – Joshna

Going to university in London, I found that I have more in common with my Asian, Caribbean and African friends than I do with my English friends back at home in terms of our backgrounds. Even though they don’t share the same Ghanaian heritage as me, we can still relate to a lot of things because there are some elements of our upbringings that are similar. But also the fact that they have grown up with two cultures is something we have in common and can understand about each other.